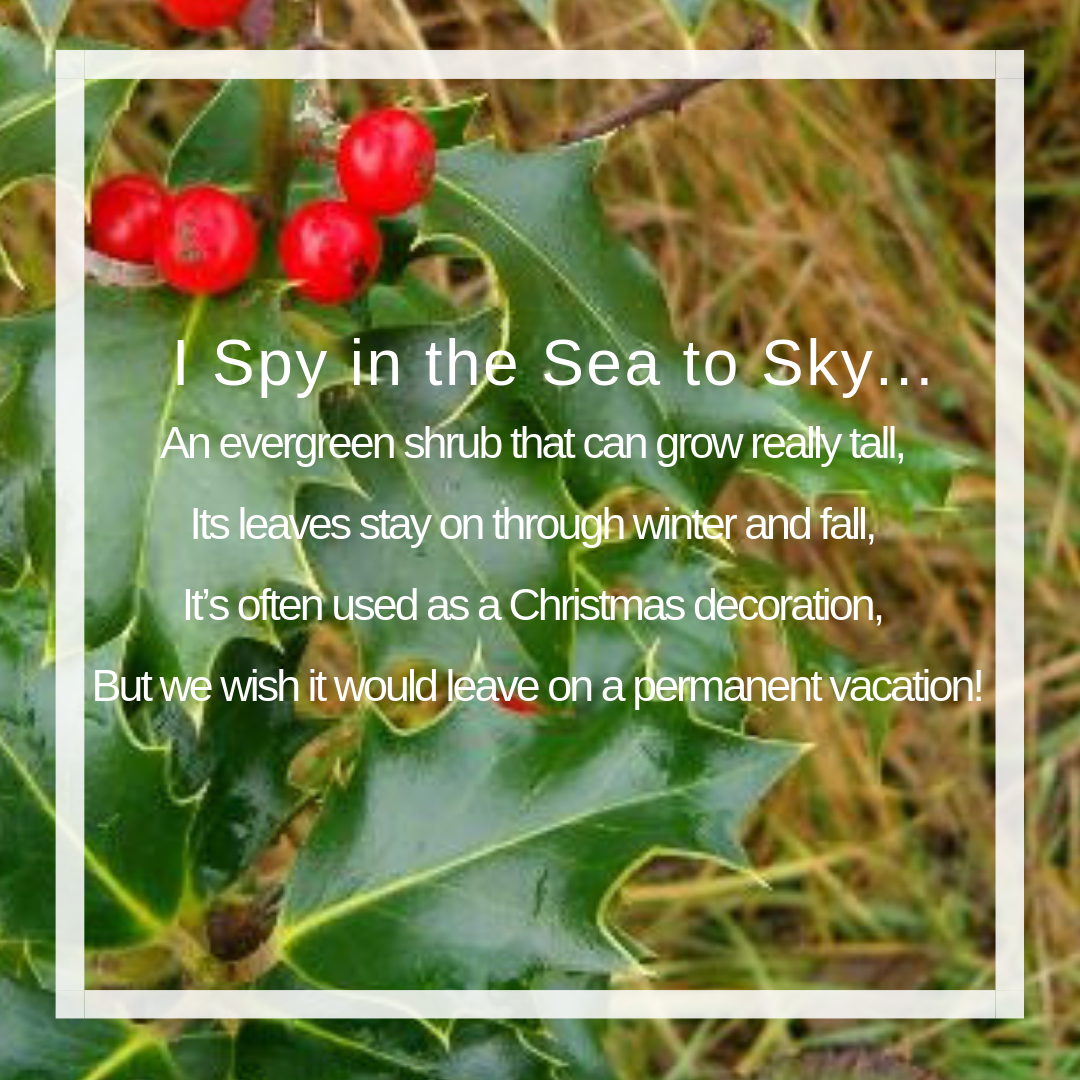 Our last “I Spy” of the year as we start to get into some colder weather. For our loyal readers, was anyone able to guess this one?

English Holly (Ilex aquifolium) is an evergreen shrub or tree that was brought over to North America as a garden ornamental from the British Isles and from Southern and Central Europe. It’s often used in landscapes, decorations, floral arrangements, and as an ornamental during the holidays, hence its nickname “Christmas Holly”.

English Holly has glossy, dark green, prickly leaves that are 2 – 7 cm long with sharp spines along the edges, but can have smooth edges on older leaves. The flowers are small and white with four petals and give off a pleasant scent. They become berries that are usually red, but can sometimes be orange or yellow. Beware though, as Holly berries are poisonous to humans and pets! Shrubs can grow between 5 – 15 m tall and have grey or black bark.

Don’t be fooled, English Holly has a native look-alike that can also be found throughout the Sea to Sky region. Oregon Grape (Mahonia aquifolium) is another evergreen shrub and it looks really similar to Holly, however this species is native to BC. It has sharp spines along the leaf margins, bright yellow flowers, purplish-blue berries and can grow up to 2.5 m tall.

English Holly can be found growing along the edges of wetlands and near residential areas. It can grow in both sunny and shady conditions and prefers sandy or well-drained soils.

Now, why is English Holly such an invasive Grinch? Well, it out-competes native plants by suppressing germination and depriving them of light; it also forms dense monocultures. Moreover,  the roots leech nutrients and water from the soil, making it more difficult for nearby plants to thrive.

If you think that you’ve found English Holly anywhere, please remember to report it to us at either info@ssisc.ca, ssisc.ca/report or at (604) 698-8334.