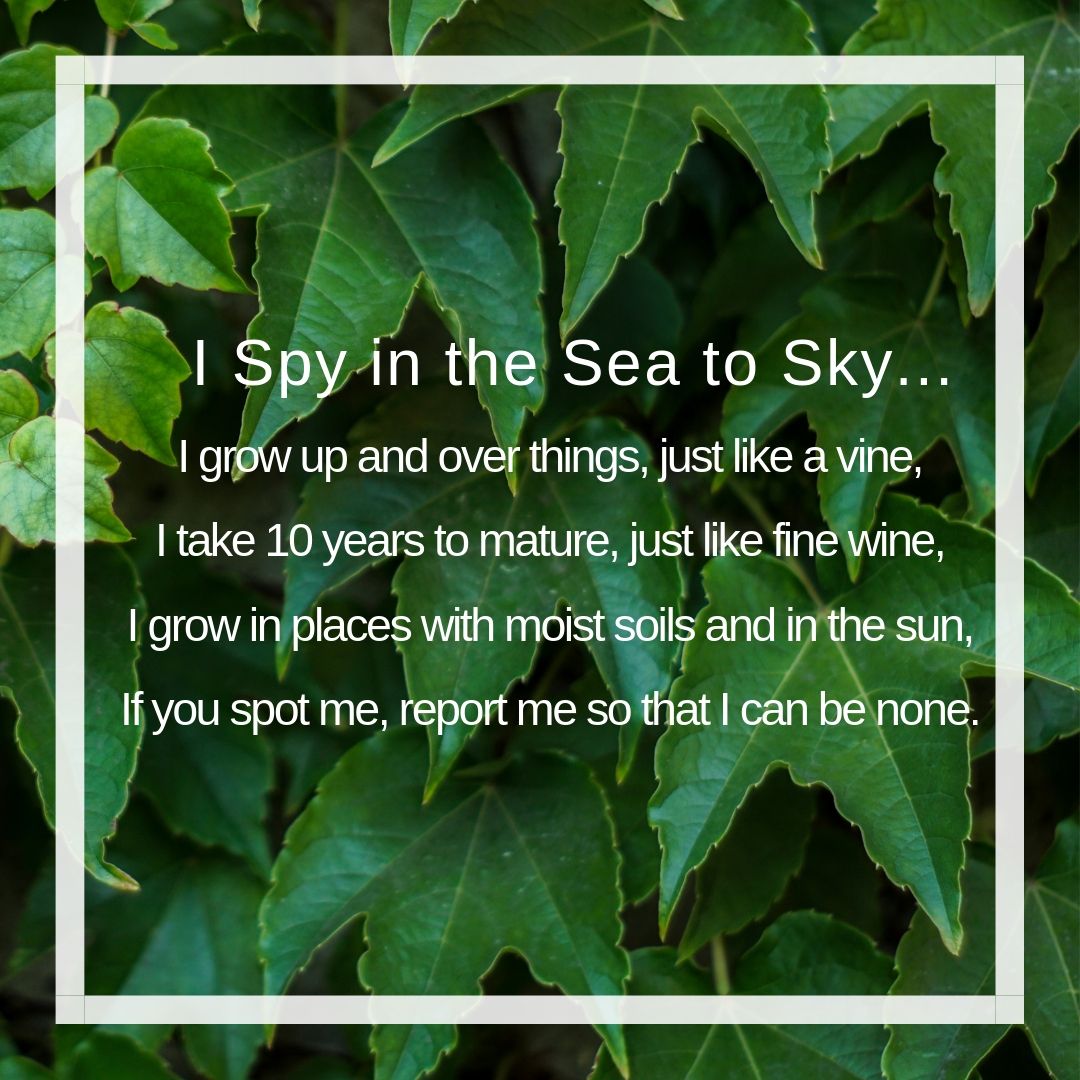 Originally from Europe, English & Irish Ivy (Hedera helix & H. hibernica) were introduced to North America through the horticulture trade as garden ornamentals. Ivy’s rapid growth and its low-maintenance characteristics have allowed it to become a popular ornamental ground cover. Little did anyone know, the fast-growing nature of Ivy would soon land it on the invasive species list.

English and Irish Ivy have two growth stages: juvenile and mature. In order for English & Irish Ivy to reach their mature stage, they need about 10 years of growth and sunlight before they are able to reproduce. In the juvenile stage, the plants have creeping or climbing stems that can reach up to 30 m in length. In the mature stage, a thick, woody stem is formed from the ground, eventually becoming a shrub. The woody stems can be 10 cm thick! The leaves are green and leathery to the touch, and English Ivy has erect hairs on the undersides of leaves while Irish Ivy has flat hairs. The flowers are small, green-ish yellow and arranged in umbrella-like clusters. Ivy only flowers and produces fruit once it is mature.

Ivy can grow in a range of conditions in terms of light, moisture, and pH. However, English and Irish Ivy tend to prefer sunny habitats with moist soils. These species can be found in disturbed areas, fields, parks, forest edges, coastal areas, and on steep slopes and cliffs. Their climbing vines can be spotted wrapped around trees, walls, houses, fences, posts, and hedges.

You may be asking yourself why is Ivy so bad when it looks so pretty, climbing up walls and posts? Both species of Ivy threaten vegetation levels by forming dense monocultures or “ivy deserts”, where they take over native vegetation, limit photosynthesis and prevent natural seeding succession. The leaves and fruits are also toxic to humans and handling them can potentially cause skin irritations.

Currently, English & Irish Ivy can be found in Squamish, but have not been sighted in Whistler and Pemberton. If you spot any Ivy species, remember to report it to info@ssisc.ca, ssisc.ca/report or at (604) 698-8334.