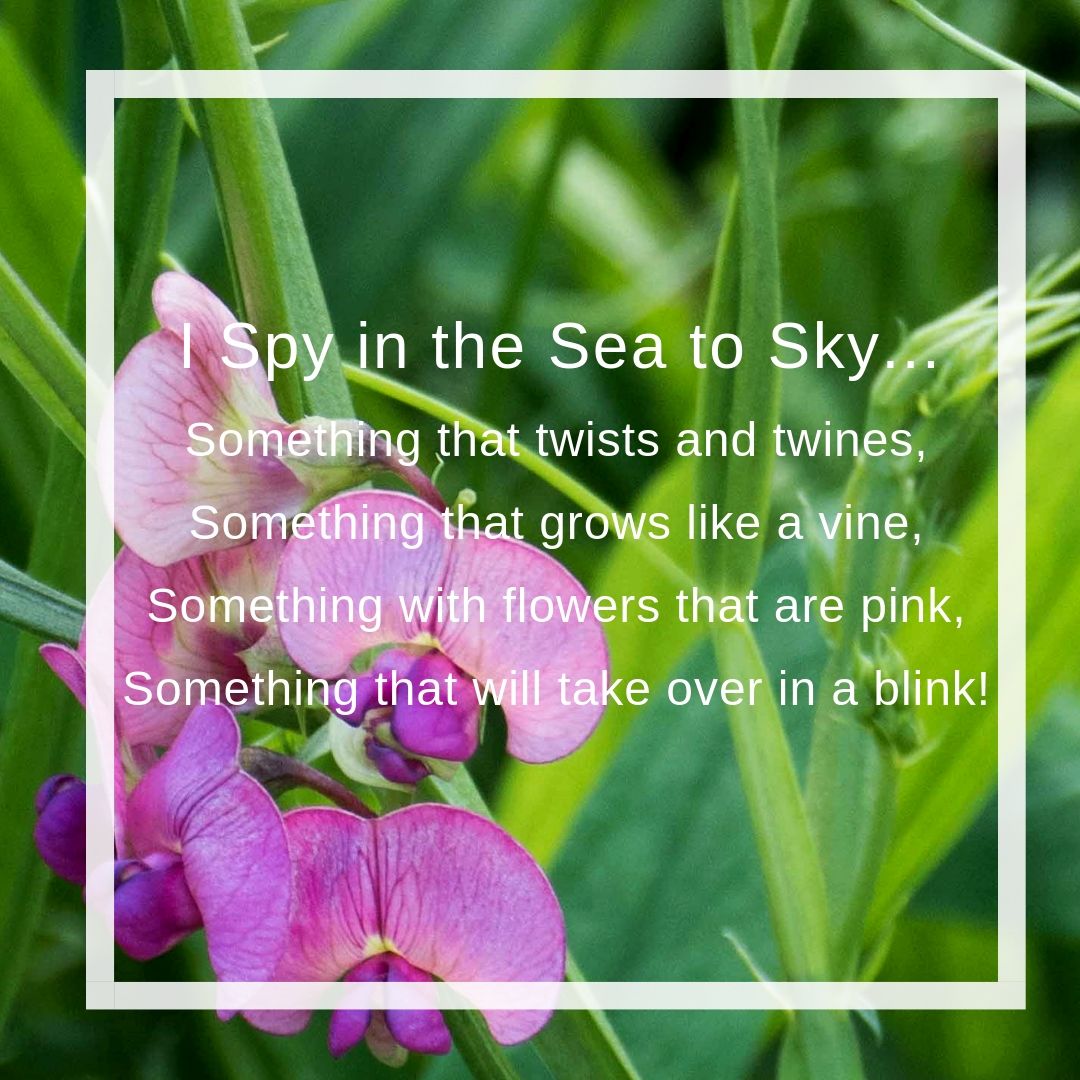 Another tough “I Spy” riddle. Kudos if you guessed this because it’s a hard one and this plant can easily be mistaken for another invasive species!

Flat Pea (Lathyrus sylvestris) is an invasive species that originates from Eurasia. It was introduced to North America as an erosion control plant due to it’s ability to begin soil improvement processes in severely disturbed and acidic soils.

Flat Pea has long, stalked clusters of pea-like, magenta-pink flowers that mature into flat pea pods containing 10- 20 seeds. It can be found growing along the ground or climbing up low trees and bushes with the help of vine- like tendrils that grow from the center of two leaflets. Flat Pea can be found mainly in disturbed sites such as clearings, roadsides and waste areas, and requires partial to full sunlight and relatively dry soil to grow. Its ability to form dense mats allows it to grow over native plants, blocking them from sunlight and making it difficult for them to grow.

Believe it or not, there’s another type of invasive plant that is often confused with Flat Pea called Broad-leaved Pea. Broad-leaved Pea has the same types of flowers and tendrils that allow it to crawl across the ground and up trees and plants, however the seed pods and the leaves are slightly larger.  Both species are widespread across North America and are considered invasive within BC.

Flat Pea is found in multiple locations in Whistler and Squamish, but has yet to be spotted in Pemberton. If you spot this invader anywhere in the Sea to Sky Region, don’t forget to report it to ssisc.ca/report, [email protected] or by phone at (604) 698-8334.