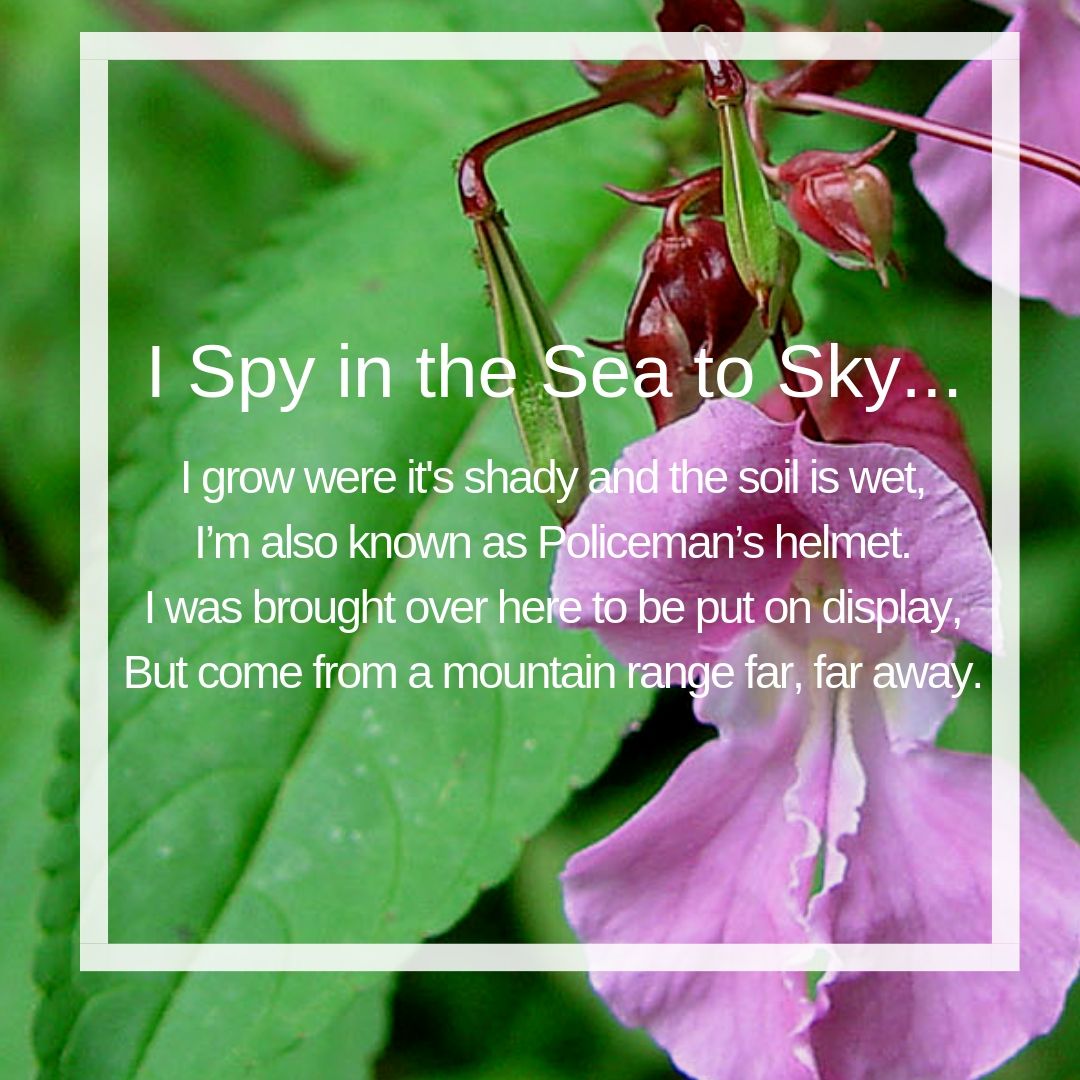 Another week, another “I Spy”. Are you being challenged yet? This week’s riddle is a tough one, but it’s possible that you’ve seen this plant around your neighbourhood and you didn’t even realize that it was invasive.

Himalayan Balsam or Policeman’s Helmet originates from the Western Himalayas and was introduced to Canada in the early 1900’s as a garden ornamental due to its exotic look. Himalayan Balsam is usually identified by its whorled, oblong leaves that grow in groups of 3 and have serrated edges. The stems of the plant are either purple or red, thick and hollow, and easily broken. Policeman’s Helmet can reach 2 m in height. The flowers can vary in colour, from pink to purple, red and even white. The shape of the flowers are said to resemble that of an old-fashioned policeman’s helmet, giving this invasive its clever common name.

Although pretty when it flowers, Himalayan Balsam is an extremely invasive plant due to its ability to quickly reproduce and take over wild areas. When a seed capsule matures, it explodes and releases up to 2,500 seeds per plant. Seeds are expelled up to 5 m away from the parent plant and can be transported by water flow, air, or even by mowing the lawn after it seeds.

Himalayan Balsam can be found growing along river edges, wetlands and ditch banks. It thrives in moist, shaded environments that contain nutrient- rich soils, like disturbed habitats and wet woodlands. Unfortunately, when it dies back in the fall it exposes these areas to the elements, which increases erosion through the colder, wetter months.

Himalayan Balsam can be found growing throughout the Sea to Sky corridor, and is also being sold and collected as a garden ornamental. If you see Himalayan Balsam anywhere along the Sea to Sky, please let us know by calling (604) 698-8334, emailing us at info@ssisc.ca or  by visiting ssisc.ca/report.