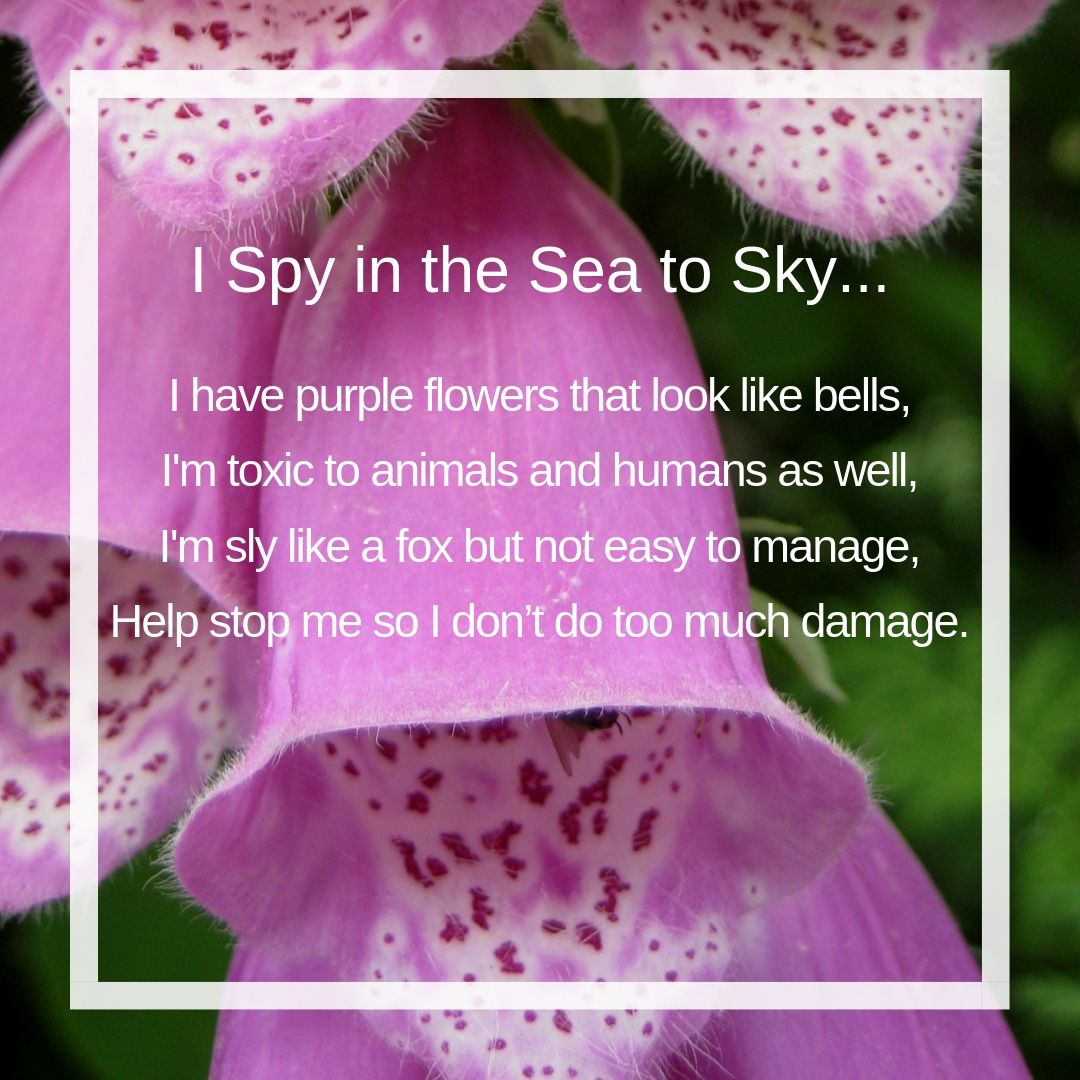 Another tough, “I Spy in the Sea to Sky…” this week, but if you guessed it, go you! I know that I’ve seen this invasive plant a lot around Whistler, so the odds are that you have too, especially along the Valley Trail by the Whistler Golf Club.

Foxglove can be spotted along the Sea to Sky Corridor and is identifiable by its pink-purple, bell shaped flowers with dark purple spots on the inside. The plants can reach between 0.5m- 1.8m tall and can be found growing in full sun or partial shade. It grows best in moist, well-drained soils.

Foxglove was originally brought over to North America from Europe to be used as a medicinal plant. Chemicals extracted from Foxglove are made into a known medication called digoxin, which is commonly used for congestive heart failure. Don’t be fooled, the plant is highly toxic to humans and animals and can affect muscle tissue and circulation.

Although Foxglove can be easily pulled by hand, it is found in such large numbers in the Sea to Sky Region that SSISC’s aim is to strategically control it. This means that we try to treat/control Foxglove at sites that are considered valuable to protect, like wildlife habitats, agriculture land, etc. You can help reduce its spread by choosing not to plant it (even though it’s good-looking plant, and is often sold in seed packets), and by pulling it out where it has invaded your property.